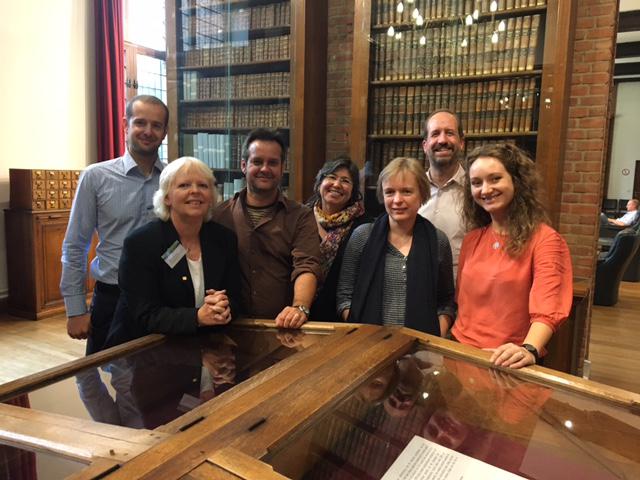 During the General Assembly in Ghent (September 2017), current Executive Committee was elected. Due to the COVID-19 pandemic and the postponement of the IALE 2021 European Congress also led to the suspension of the General Assembly, including the elections of the upcoming EC. Hence the EC was in place until 2022.

The composition of the IALE-Europe Executive Committee (EC) 2017-2021 was not as a continuation of the previous committee but as a new initiative. We wanted to build on the experience and ensure continuity but more importantly, we wanted to emphasise the dynamism of the new EC.

This means that the list proposed for the EC included members of the community of IALE-Europe from across Europe and at different career stages. This means that we could use the expertise of three continuing members and had the input of new ideas of four new members. The four new members were from countries that never had been a member of the EC until then, which we regarded as an important indication that IALE-Europe is open for all countries of Europe. The other three members had been a member of the EC since 2009 or 2011. According to the statutes (article 15-1), members of the EC can be elected for two consecutive periods of four years each, unless the General Assembly expressly recognizes that it is impossible or inconvenient to replace the members in charge. We believe that to guarantee the continuity of a sustainable EC it is important that these three members continue.

The main overall goal of this term was to support and build the community of landscape ecologists in Europe, particularly to develop activities to complement World, European and national conferences, and to increase the sense of belonging.