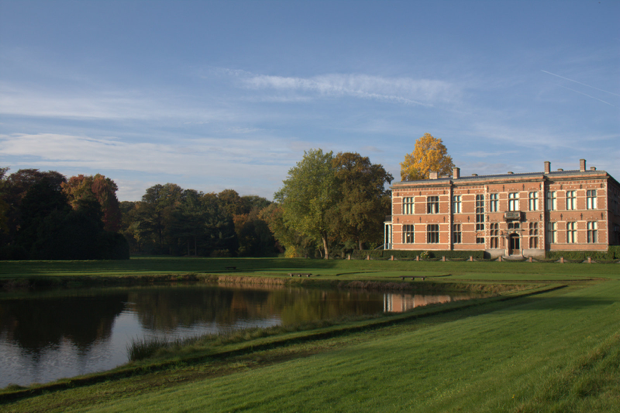 The region east and south of Bruges is characterised by sandy soils, which were covered by extensive heathlands used as commons until the end of the 18th century. In the 19th century, these heathlands were reforested with a typical organised pattern and alleys. Scattered in the forested areas, different castles arose with designed landscape parks in an eclectic style.  These different landscape character types result in the current a green area of the Houtland, situated between Bruges and the southern agricultural area.

The specific history and exploitation of the Houtland resulted in a very typical patchwork of forest and agricultural fields, which has been subject to a land use plan, addressing the different functions of the area.

This excursion focuses on challenge of the integration between natural and cultural values on different locations in Houtland. First, one of the parks will be visited (Gruuthuys in Oostkamp), explaining the challenges for the conservation of this type of cultural landscape. For the lunch, we drive to the landscape park of Bulskampveld. In the afternoon, the characteristic landscape features and challenges of this area, including processes of forestation and deforestation (in favour of the restoration of heathlands) will be discussed during a walk in the forested area of Bulskampveld.

This excursion is sponsored by the Province West Flanders in collaboration with the Regional Landscape Houtland.